Rather than downloading a gaming app without thinking on the Google Play Store, it may be an app with a data-stealing virus

Apps with Trojan virus have come up again on Google Play Store. Antivirus and Internet security company Avast reports that 17 apps on the Play Store are stealing user data through advertisements. The company had earlier told Google about 47 such apps, of which Google has eliminated 30 apps. 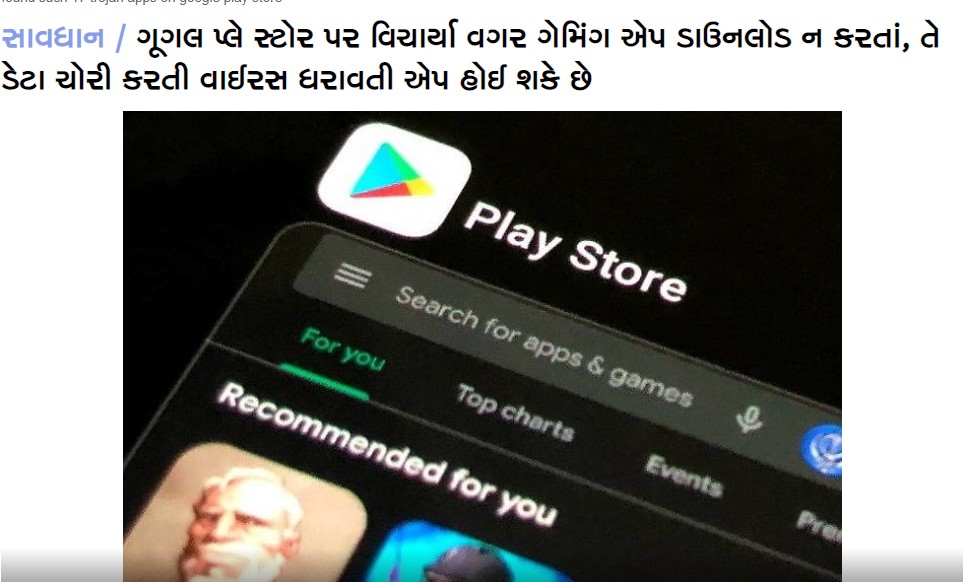 According to Avast, these 17 data-stealing apps are in the gaming category on the Play Store. However, its main function is to steal user data. This app hides its icon after it is downloaded to the device. The app’s ads can’t be skipped.

Avast’s team identified 47 Trojan apps on the Play Store. Google removed 30 apps from it. According to Avast threat operation analyst Jakub Weaver, a timer starts when users download these Trojan apps. The user can only play the game in it for a certain period of time. When the timer expires, the app icon disappears and then the app displays ads without the user’s permission, which cannot be skipped.