This picture is from the Man vs. Wild show that aired on Discovery Channel on August 12. The show featured Prime Minister Narendra Modi. The show was shot at Jim Corbett Park in Uttarakhand. It was telecast in 180 countries. 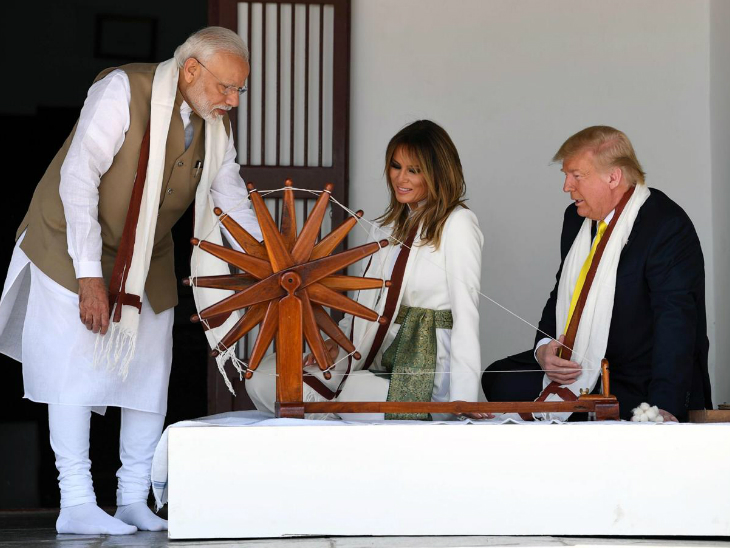 Chinese President Xi Jinping visited India in October. In the meantime he also came to Tamil Nadu. Here in Chennai, Prime Minister Modi took him on a tour of the ancient city of Mahabalipuram. This picture is from that time. Modi and Jinping were both sitting and drinking coconut water. 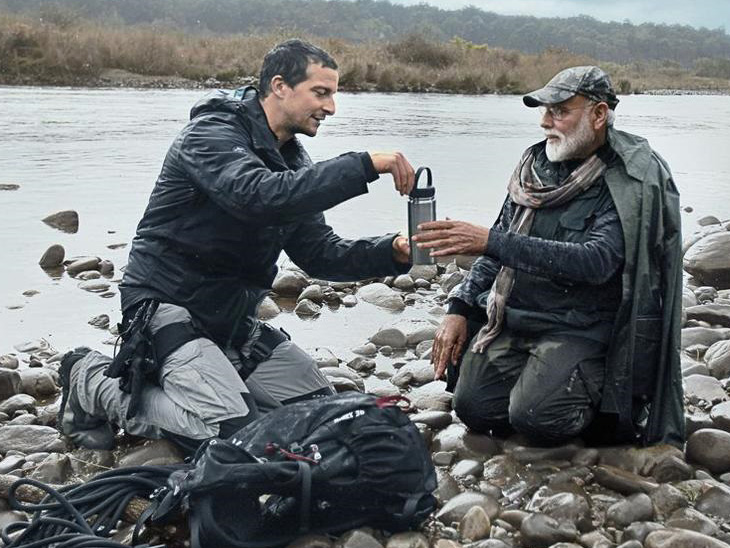 This picture is of Mahabalipuram. Modi was out here for a morning walk. On this picture of Modi, the user asked him what is in his hand? In this regard, Modi himself said that this is an acupressure roller, which he uses almost forever 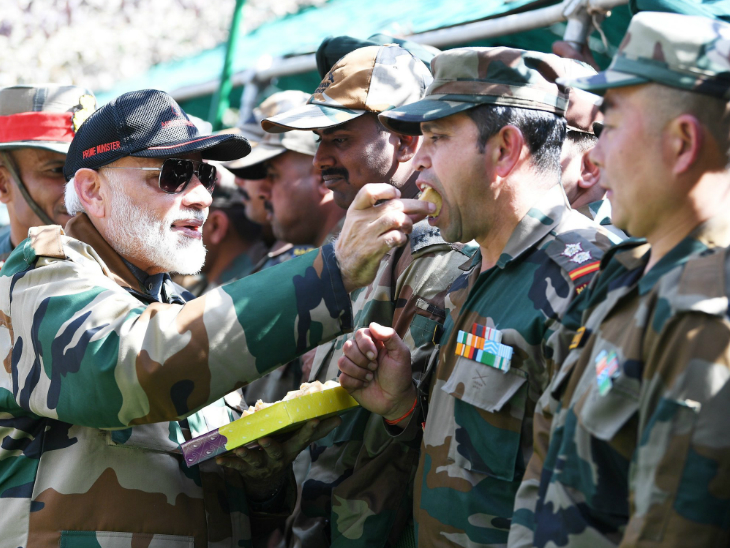 This picture is of Diwali. On October 27 last year, Prime Minister Modi arrived in Rajouri, Jammu and Kashmir to celebrate Diwali with troops. Ever since Modi became the Prime Minister, he has been celebrating Diwali with the jawans every year. 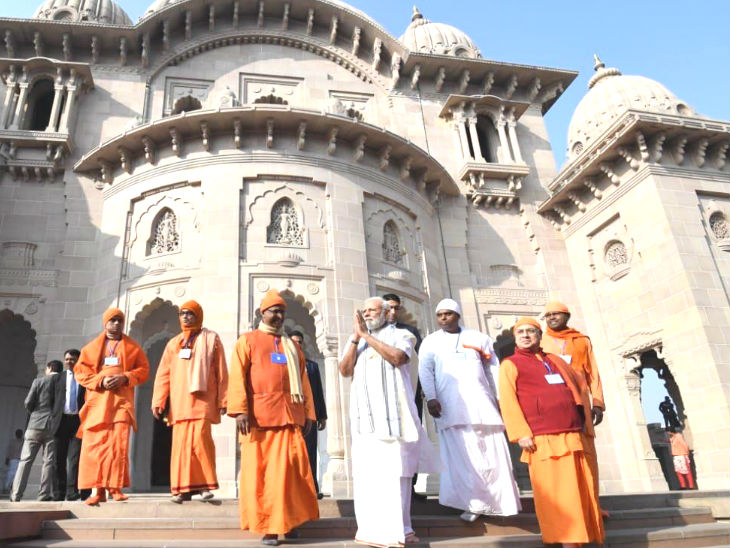 This picture is from December 26th. That day was a solar eclipse. “Like many Indians, I was excited about the solar eclipse, although it could not be seen due to the clouds,” Modi shared the photo on Twitter. May, however, had a glimpse of the eclipse from Kozhikode from live streaming.

This picture is from December 9, 2019. At the time, senior BJP leader and former Union Minister Arun Shourie fell unconscious in his bungalow, 60 km from Pune. He was admitted to the Ruby Holy Clinic in Pune. He was met by Prime Minister Modi. 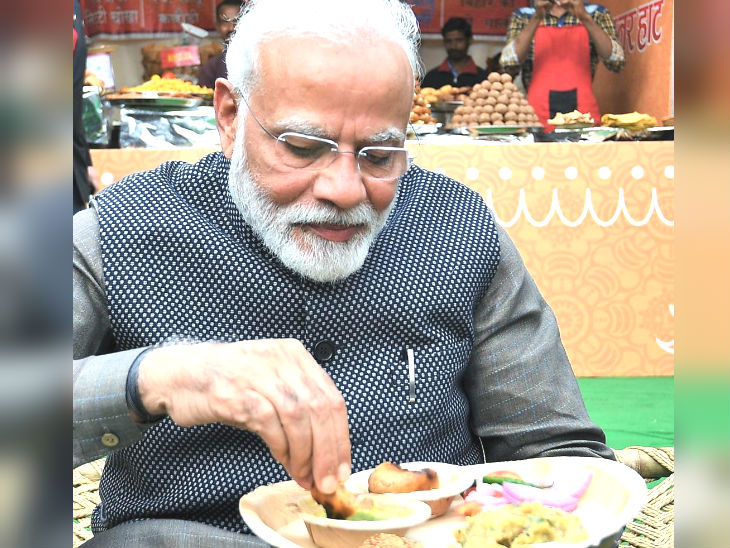 This picture is from February 24, 2020. While US President Donald Trump and his wife Melania were on a two-day visit to India. On the first day of the visit, Trump, Melania and Prime Minister Modi arrived at the Sabarmati Ashram in Ahmedabad. Here Modi told him about three monkeys.

This picture is from January 12, 2020. Modi reached Belur Math in Kolkata on the occasion of Swami Vivekananda Jayanti. During this time he went to the Ramakrishna temple and paid homage to Ramakrishna Paramahansa.

The picture is of April 14, when Modi extended the 21-day lockdown to 19 days on May 3. Addressing the nation on this day, Modi joined hands and appealed to the people to stay at home This picture is from February. When Prime Minister Narendra Modi went to Delhi’s Hunnar Haat 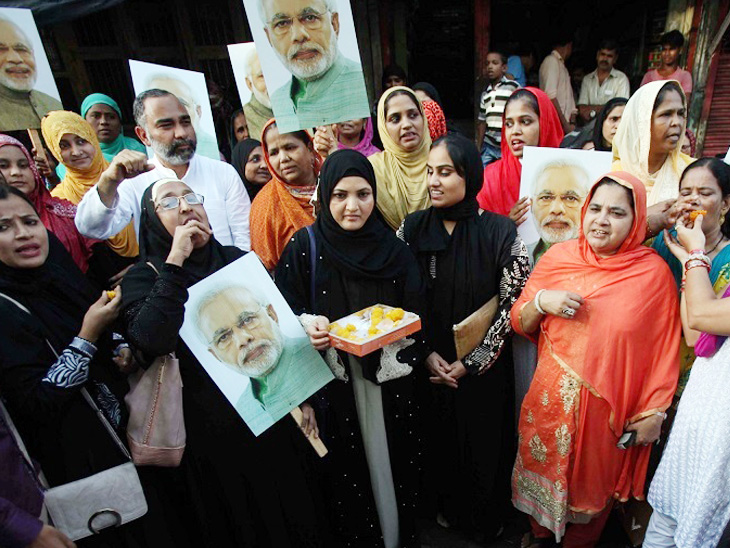 This picture is the latest. On May 22, Prime Minister Modi conducted an aerial survey of the areas affected by Hurricane Amphan in West Bengal. He was accompanied by West Bengal Chief Minister Mamata Banerjee. This picture of the two went very viral on social media. After the aerial survey, Modi announced Rs 1,000 crore aid to Bengal. Amphan killed 80 people in Bengal.
It was only 27 days since the Modi government came to power for the second time on June 26, 2019. He mentioned this date because it was the same date when Amati Shah visited Jammu and Kashmir for the first time after becoming the Home Minister for two days. Then on August 5, 2019, Amit Shah removed Article 370 from Jammu and Kashmir and revoked the separate autonomy and rights granted to Jammu and Kashmir. Now there was only one right in Kashmir which made Kashmir an integral part of India.
Many incidents took place between June 26 and August 5. A month after Amit Shah’s visit on June 26-27, on July 24, NSA Ajit Doval went to Srinagar on a secret mission. Upon their return, the government deployed more than 10,000 troops in the valley. Amarnath issued an advisory to travelers and tourists to return from the valley quickly. This is the first time in 30 years that such an advisory has been issued by the central government. 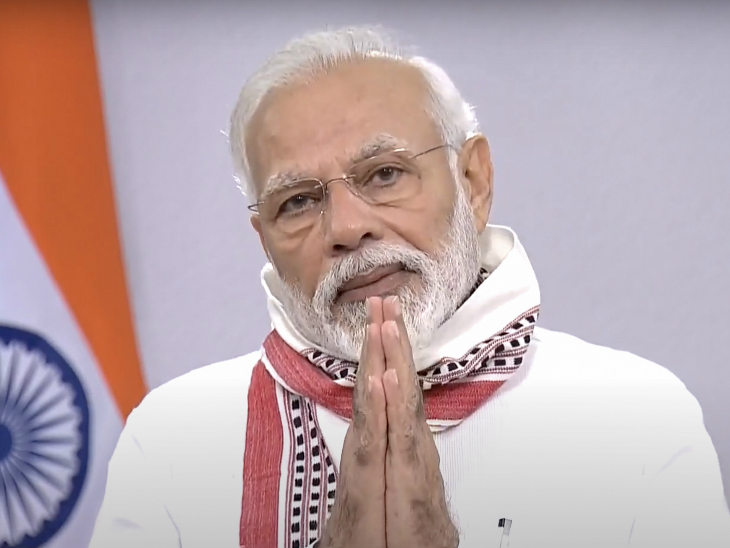 The country felt that Article 35-A, which gives privileges to the people of the state, would be repealed. But the Modi government went a step further and removed Article 370, which gave special status to Jammu and Kashmir. Within 24 hours, Jammu and Kashmir and Ladakh were made separate Union Territories.