On January 1, 2020 the Reserve Bank of India (RBI) launched a mobile app for visually and /or hearing impaired people to identify the denomination of currency notes. Called the Mobile Aided Note Identifier (MANI), it seeks to help such people who faced various problems in accessing the new and old currency notes of the Mahatma Gandhi Series. The Reserve Bank of India (RBI) has clarified, however, that the MANI app does not authenticate a currency note as genuine or counterfeit while scanning them.

Banknotes under Mahatma Gandhi (New) series with change in the size and design were introduced in November 2016. Under this new series, banknotes in the denominations of Rs.10, Rs.20, Rs.50, Rs.100, Rs.200 Rs.500 and Rs.2000 have since been released. The Reserve Bank of India has been sensitive to the challenges faced by the visually challenged in conducting their day to day business with Indian banknotes. This application will aid the visually impaired to identify the denomination of Indian banknotes of Mahatma Gandhi Series and Mahatma Gandhi (New) series by capturing the image of the notes placed in front of rear mobile camera. The application will generate audio and non-sonic notification intimating the currency note denomination to the user. 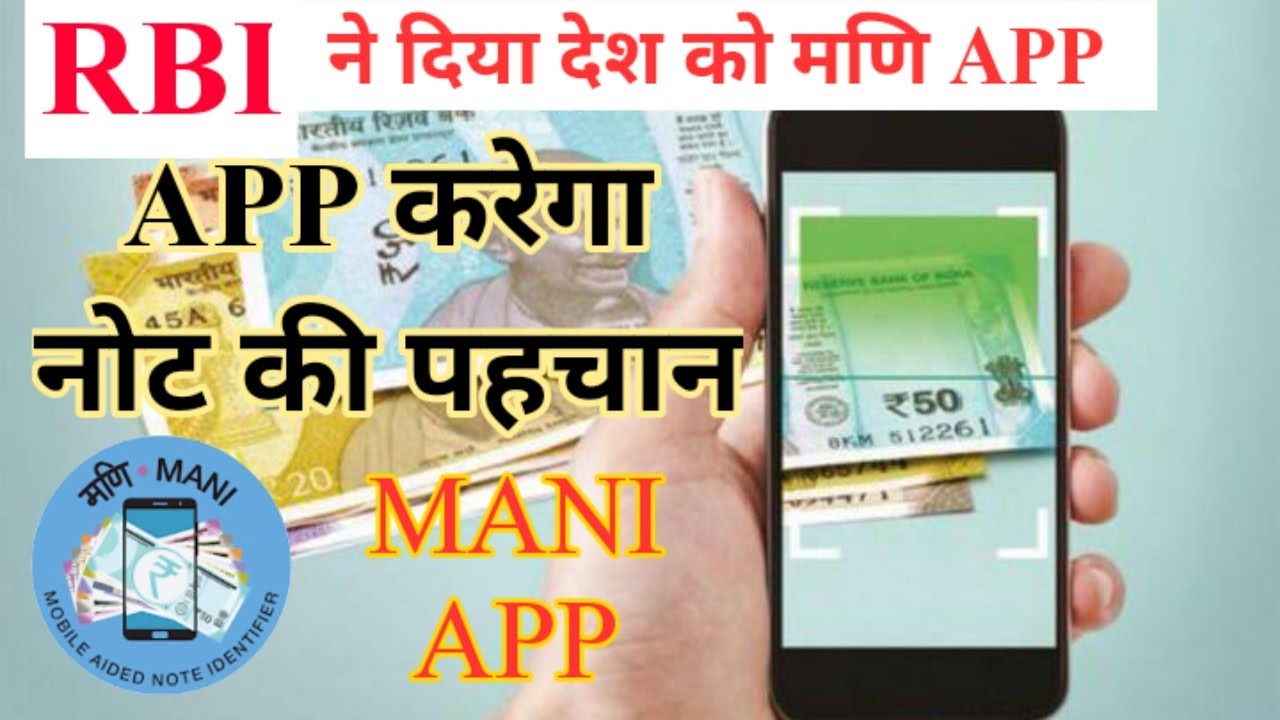 Disclaimer – This mobile application is made available by the Reserve Bank of India at no cost for the guidance of the visually challenged persons in identifying the denomination of Indian Banknotes. The Reserve Bank of India nor any of its authorities nor agencies nor officers nor employees nor advisors give any warranty or make any representation, express or implied, as to the completeness or accuracy of the results given by the application, which may vary on account of difference in conditions, including but not limited to, light, soilage condition of the banknotes and interference from nearby objects. Users may exercise discretion and supplement the results of the app by checking the denomination through other ways of note identification. The Reserve Bank of India does not take any responsibility, and no claim shall lie against the Reserve Bank of India, for the results of the application and for any decisions taken by the users based on the said results. By downloading, accessing or using this application, you signify your assent to this disclaimer. This mobile application does not check or authenticate the genuineness of Indian Banknotes 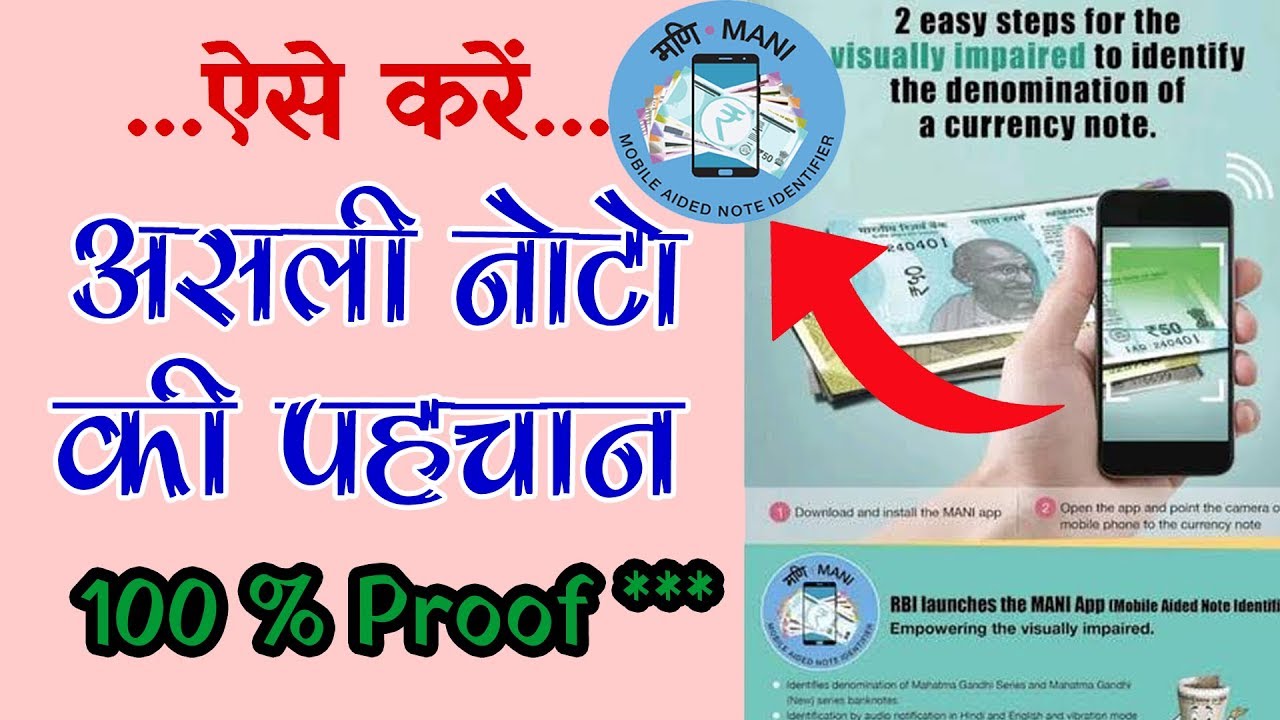 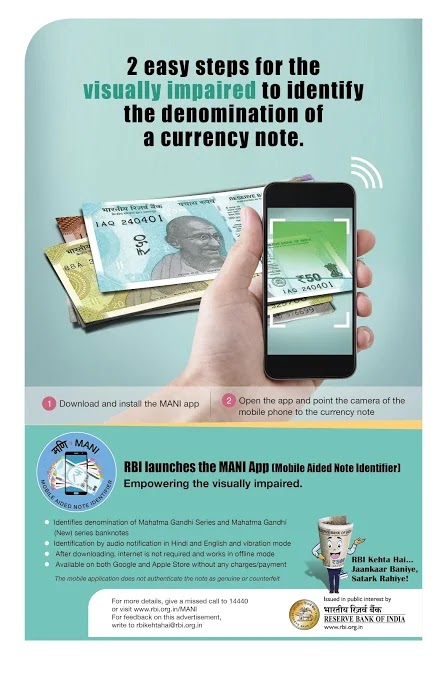 GET MANI APP  FROM PLAY STORE

VIEW VIDEO HOW TO USE MANI APP

“Technological progress has opened up new opportunities for making Indian banknotes more accessible for the visually impaired, thereby facilitating their day to day transactions,” the RBI said in a statement. As per the statement, the mobile app is capable of identifying the denominations of “Mahatma Gandhi Series and Mahatma Gandhi (New) Series” banknotes by checking “front or reverse side or part of the note including half folded notes at various holding angles and a broad range of light conditions”.