Learn all the details of civil service rules regarding salary

Central Civil Services (Temporary Service) Rules, 1965 have been framed under Proviso to Article 309 and Clause (5) of Article 148 of the Constitution and after consultation with the Comptroller and Auditor General in relation to persons serving in the Indian Audit and Accounts Department to regulate the conditions of service of temporary Govt. servants. These Rules supersede the Central Civil Services (Temporary Service) Rules, 1949. 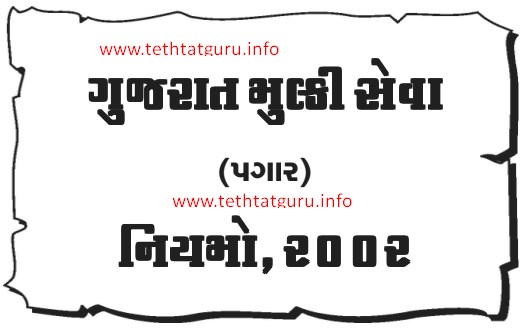 The Central Civil Services (Temporary Service) Rules, 1965 together with the relevant orders issued by Government from time to time are

(1) These rules may be called the Central Civil Services (Temporary Service) Rules, 1965.

(3) Subject to the provisions of sub-rule (4), these rules shall apply to all persons:-

the rule making control of the President, but who do not hold a lien or a suspended lien on any post under the Government of India or any State

(ii) who are employed temporarily in work-charged establishments and who have opted for pensionary benefits.

(4) Nothing in these rules shall apply to:-

(b) Government servants not in whole-time employment;

(e) persons employed in extra-temporary establishments or in

work-charged establishments other than the persons employed temporarily and who have opted for pensionary benefits.

in the Posts and Telegraphs Department;

(g) such other categories of employees as may be specified by

the Central Government by notification published in the Official gazette.

In these rules, unless the context otherwise requires:-

(a) “appointing authority” means in relation to a specified post, the authority declared as such under the Central Civil Services

(a) Only service rendered in a civil post under the Government of India is treated as temporary service for this purpose.

(b) The term “Government service” includes periods of duty and periods of leave including extraordinary leave.

(d) “War service” as defined below shall be counted as service for purposes of quasi-permanency:

(i) Service of any kind in a unit or formation liable for service overseas or in any operational area;

(ii) Service in India under military, munitions or stores authorities with a liability to service overseas or in any operational area;

(iii) All other service involving subjection to naval, military or air forc

(2) In the event of death of a temporary Govt. servant while in service, his family shall be eligible for family pension and death gratuity at the same scale and under the same provisions as are applicable to permanent Central Civilian Government servants under the Central Civil Services (Pension) Rules, 1972;

(3) No gratuity shall be admissible under this rule to a Government servant,-

(a) who resigns his post or who is removed or dismissed from service as a disciplinary measure;

(b) who is re-employed after retirement on superannuation or retiring pension.

Provided that a temporary Government servant who resigned from service to take up, with prior permission, an appointment under a Corporation or Company wholly or substantially owned or controlled by the Government or in or under a body controlled or financed by Government shall be paid terminal gratuity at the rate prescribed under sub-rule (1) in respect of

the service rendered by him under the Government:

Provided further that a temporary Government servant who has been absorbed in a Central autonomous body, with the permission of the parent department, shall have an option to count the service rendered under the Government for the purpose of pension under the autonomous body if it has a pension scheme, instead of drawing the terminal gratuity under the first proviso.

Explanation- For the purpose of this sub-rule –

(i) “Central autonomous body” means a body which is financed wholly or substantially from cess or Central Government grants and includes a Central statutory body or a Central University but does not include a public undertaking falling under the purview of the Bureau of Public Enterprises;

(ii) “financed substantially” means that more than 50% of the expenditure is met by cess or Central Government grants.
overnment of India’s decisions:

(1) Employees dying in service are covered by CCS (Pension) Rules, 1972:- In the event of death in harness of temporary/quasi-permanent Government servants their families shall be eligible to family pension and death gratuity on the same scale as admissible to families of permanent Government servants under the CCS (Pension) Rules, 1972.

(2) For the purpose of drawing gratuity payable under Rule 10 the Head of Office should prepare a statement of the amount admissible to the person concerned and submit this along with the service book to the Accounts Officer, for verification and authorization. The statement should show the detailed calculations as to how the amount has been arrived at. The Accounts Officer should, in turn, verify the statement and issue authority for payment of the gratuity to the Head of Office on the basis of which the amount will be drawn and disbursed by the latter.

The gratuity payable under Rule 10 should be adjusted under the Head “55-Superannuation Allowances and Pensions, etc.”. The gratuity admissible under the Central Civil Services (Temporary Service) Rules does not attract the provisions of Article 470 Civil Service Regulations.

The matter has been examined in consultation with the Ministry of Finance (Department of Expenditure) and it has been decided that half the service paid from contingencies will be allowed to be counted for the purpose of terminal gratuity as admissible under the Central Civil Services (Temporary Service) Rules, 1965, where the staff paid from contingencies is subsequently appointed on regular basis. This benefit will be subject to the conditions laid down in the Ministry of

IMPORTANT LINK::
GET PDF FROM HERE