Amid rising tensions on the Indo-China border, people are boycotting Chinese products and apps. In this link, the popular Chinese app TIK TOK is also being boycotted. A new app CHINGARI has been launched in Teva to compete with this app. More than 5 lakh people have downloaded it on Google Play Store in just 72 hours. This is rapidly gaining popularity among users. 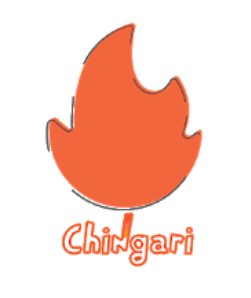 There are several alternatives to popular video-sharing apps such as TikTok, VMate and the likes. You may also consider trying out some Indian apps like Mitron and Chingari, although they aren’t quite as established as their Chinese counterparts. Instead, you can switch to Instagram for now, where you may also get to follow most of your favourite stars from TikTok.

Google Chrome and Mozilla Firefox are two of the best alternatives to all the above Chinese app browsers. Both the apps constantly add new features and are very safe options. Alternatively, you can also try JioBrowser. It is one of the most popular Indian mobile browsers that offer a fast and secure internet surfing experience to users, It also offers an experience similar to UC Browser when it comes to its engaging News and Entertainment content.

B612 – Beauty & Filter Camera is a pretty good alternative to consider to replace any popular photo editing tools on your handset. The app also comes with more 1,500 diverse stickers and a range of real-time beauty effects.

SuperBeam is a popular alternative to file sharing apps like SHAREit and Xender. Users can use Wifi Direct, NFC or QR codes for sharing large files and can also be used to transmit files to and from your computer.

Bitdefender Mobile Security & Antivirus is one of the best alternatives to consider if you are looking to replace 360 Security on your phone and secure against viruses and malware.

The Norton App Lock is the perfect alternative to popular Chinese app AppLock. It allows users to set a secure password or pattern lock screen to keep their Android smartphone secure and private.

Adobe Scan: PDF Scanner with OCR is one of the most trusted apps that you can use as an alternative to CamScanner. You can download the app for free and start scanning your documents right away. The app also offers an integrated OCR technology, allowing it to instantly detect printed text and handwriting.

There are a number of decent options to consider when you’re looking for an app to replace ES File Explorer. ‘Files by Google: Clean up space on your phone’ and File Commander – File Manager & Free Cloud are two of the best applications that carry the same functionality and features as ES File Explorer.

Shein is a popular app for women’s fashion which features a wide collection of trendy clothes. One of the perfect alternatives is Myntra, which also happens to be the biggest fashion retailer in India.

Mi Video Call is Xiaomi’s own video calling and chat service and is amongst the 59 banned Chinese applications. Luckily, there is no shortage of apps in this category and one of the most popular alternative to consider is, of course, WhatsApp.

New Delhi: Amid rising tensions on the Indo-China border, people are boycotting Chinese products and apps. In this link, the popular Chinese app TIK TOK is also being boycotted. A new app CHINGARI has been launched in Teva to compete with this app. More than 5 lakh people have downloaded it on Google Play Store in just 72 hours. This is rapidly gaining popularity among users.

What is special in this app

Spark is a video sharing application that allows users to upload and download videos. It also has the facility to chat with friends. Users can interact with new people as well as share content. In it WhatsApp can use new creativity with statuses, videos, audio clips, gif stickers and picture.

GET CHINGARI APP FROM HERE

In addition to English, the app supports 9 Indian languages ​​such as Hindi, Bengali, Gujarati, Marathi, Kannada, Punjabi, Malayalam, Tamil and Telugu. It may be mentioned here that this app has been developed by Bengaluru based developers Biwatma Nayak and Siddharth Gautam. 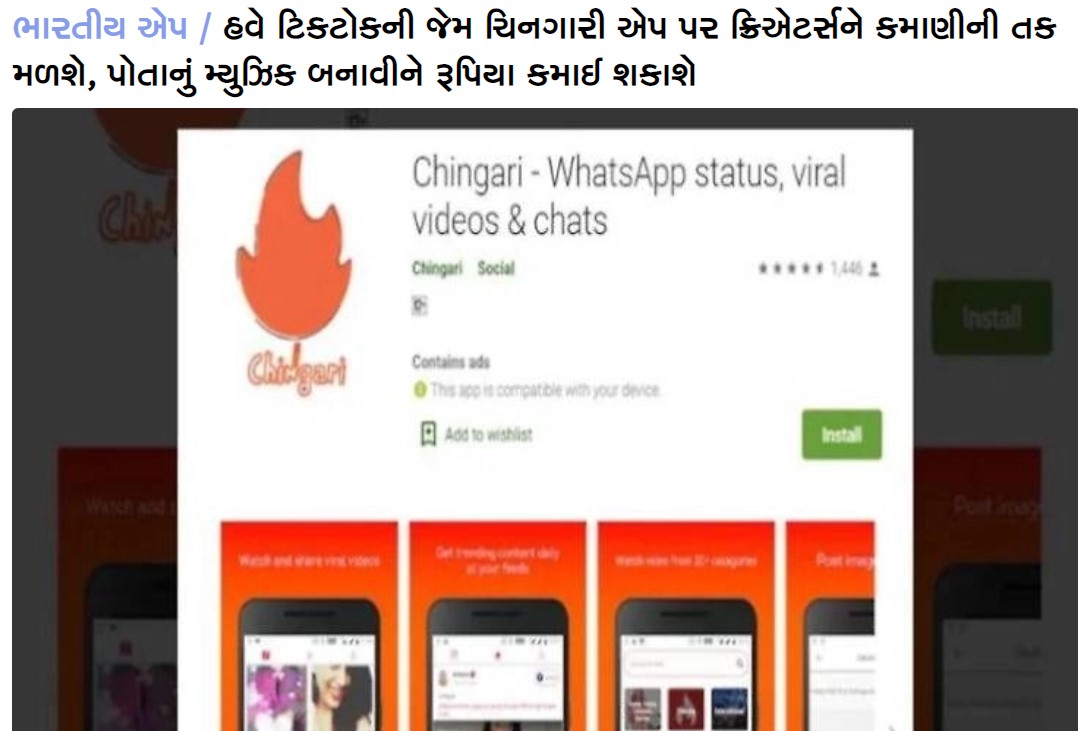 With the launch, this app has become very popular among the users. Google is trading on the Play Store. It has been downloaded more than 5 lakh times in just 72 hours. The app currently has a user rating of 4.6. It can be downloaded from the Google Play Store.

Chingari app, which is being touted as a replacement “Indian alternative” to TikTok, has crossed over 25 lakh downloads on Google Play store. consistent with the corporate , the app reached the newest milestone of 25 lakhs downloads from roughly 6 lakh downloads in only ten days. The short video-sharing app has largely favourable reviews with a mean rating of 4.7 out of 5. The app is additionally available to download via Apple App Store where its average rating is of three .9 out of 5. Recently, another TikTok rival, Mitron app crossed one crore downloads on Google Play store.

What is Chingari app?
The Chingari app is brief video-sharing platform founded by two Bengaluru-based programmers, Biswatma Nayak and Siddharth Gautam. The app was first launched on Google Play in November 2018 while it debuted on iOS in January 2019, a corporation representative told Gadgets 360.

Similar to TikTok, Chingari app is liberal to download and allows users to look at or upload short videos on the platform. Users can watch the video by scrolling up or down, without signing in. Users, however, are required to login to love or upload videos. Additionally, the app is out there in multiple languages, including English, Hindi, Bangla, Gujarati, Marathi, Kannada, Punjabi, Malayalam, Tamil, and Telugu.