New Delhi. The country has so far infected 59,830 people and killed 1,987. In addition, 17,887 people have recovered after treatment. In Maharashtra, which has the highest number of infections, the number of patients has crossed 19,000. In Gujarat, 7,403 people have been infected. 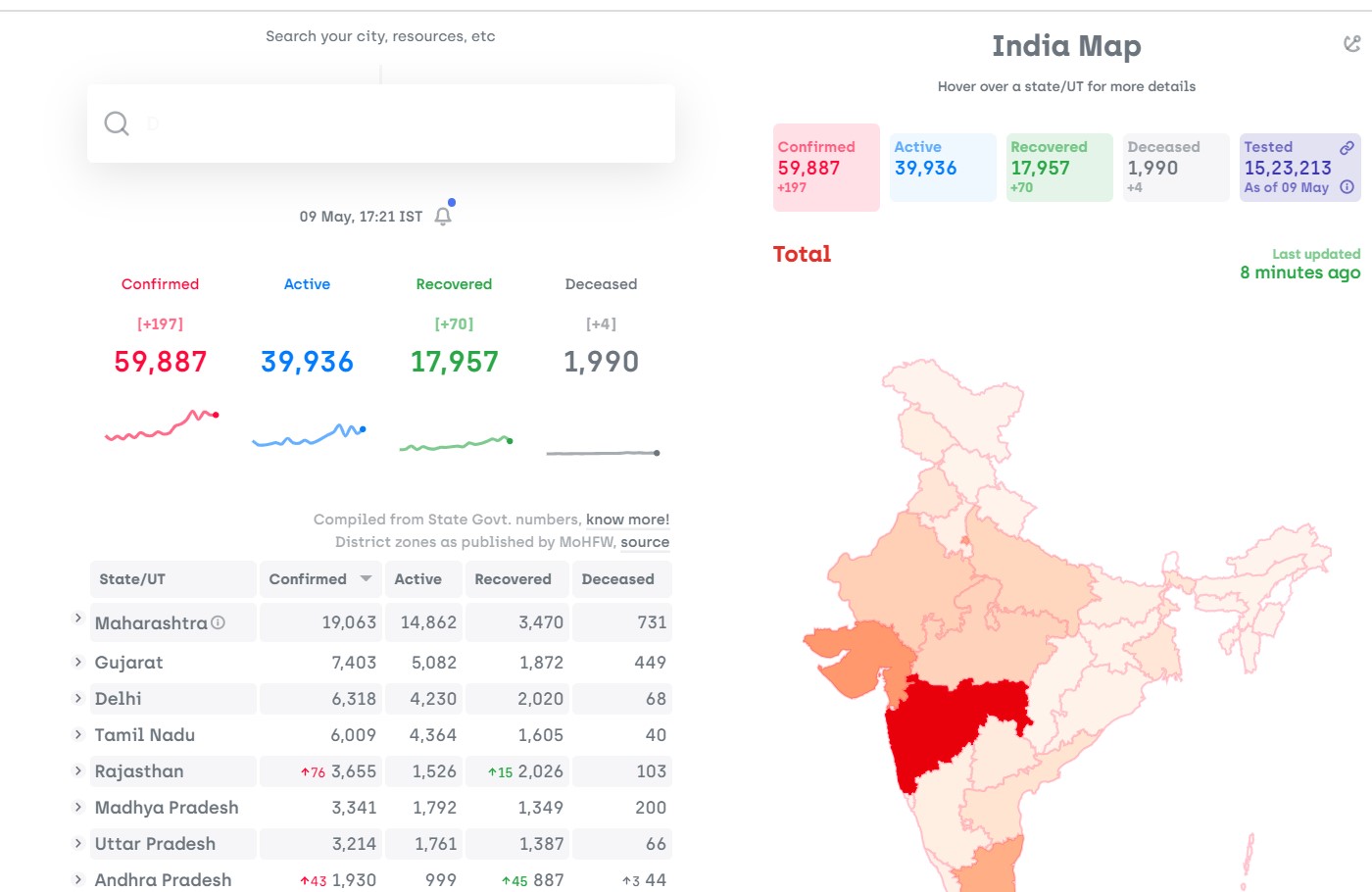 Updates of the day

New guidelines announced for discharging infected people from hospital
The Union Ministry of Health has announced new guidelines for discharging Corona patients from the hospital. Patients with fairly normal or early coronary symptoms at the Covid Center will have a fever. If he does not have a fever for three days or does not show any symptoms, he will be discharged from the hospital after 10 days. Testing will not be required before discharge. Such a person would be advised to stay at home in isolation for 7 days after being discharged from the hospital and follow the guideline. However, people with a serious illness will have to make a decision on a corona patient based on their condition.

Corona virus has spread to 26 states in the country.7 Union Territories have been affected. These include Delhi, Chandigarh, Andaman-Nicobar, Jammu and Kashmir, Ladakh, Puducherry and Dadra Nagar Haveli.

Madhya Pradesh, Infected: 3341- There were 89 cases of infection in the state on Friday. The total death toll has reached 200. Amid the Koro crisis, 16 laborers from Umaria and Shahdol districts returning from Maharashtra to Madhya Pradesh were killed when they fell into a freight train.

Uttar Pradesh, infected: 3214– 143 new infected were found here on Friday, including 12 from Gautama Buddha. So far 1387 patients have been cured in the state, while 1761 are undergoing treatment.

Maharashtra, Infected: 19063- 1089 patients were admitted here on Friday. The death toll has risen to 731 with 37 deaths. Chief Minister Uddhav Thackeray has denied reports of troop deployments in the state. At Arthur Road Prison, 77 inmates and 26 prison staff tested positive. He was admitted to GT Hospital and St George’s Hospital.

Rajasthan, Infected: 3579- There were 152 cases of infection here on Friday. Out of which 34 patients were found in Jaipur, 59 in Udaipur, 10 in Chittorgarh, 9-9 in Ajmer, Kota and Jodhpur. On the other hand, an infected person died. The death toll in the state has now risen to 103.

Delhi, Infected: 6318- There were 338 new cases here on Friday. Another 10 and 5 health workers from Hindu Rao Hospital were found infected. Apart from this, the report of the sepoy of Mandir Marg police station also came positive. At the same time, 12 other policemen living in the barracks were also quarantined.

GET OFFICIAL SITE UPDATE FROM HERE

Bihar, Infected: 579- 29 new cases of infection were reported here on Friday. So far 267 patients have recovered. On the other hand, the return of laborers is the same. On Thursday, 28 thousand 467 tourists came from 24 trains. 20 thousand 629 tourists are returning. The state government decided to randomly test 1000 migrant workers every day …