The number of corona infections in the country has reached 56,563. On Friday, 87 patients were found in Andhra Pradesh, 26-26 in Rajasthan and Orissa while 6 patients were found in Bihar. In the first week of this month, a total of 21 thousand 485 patients have been added. This is 38% of the total infections. During this time 6827 patients have also recovered. Earlier on Thursday, 3344 cases of infection were reported across the country. 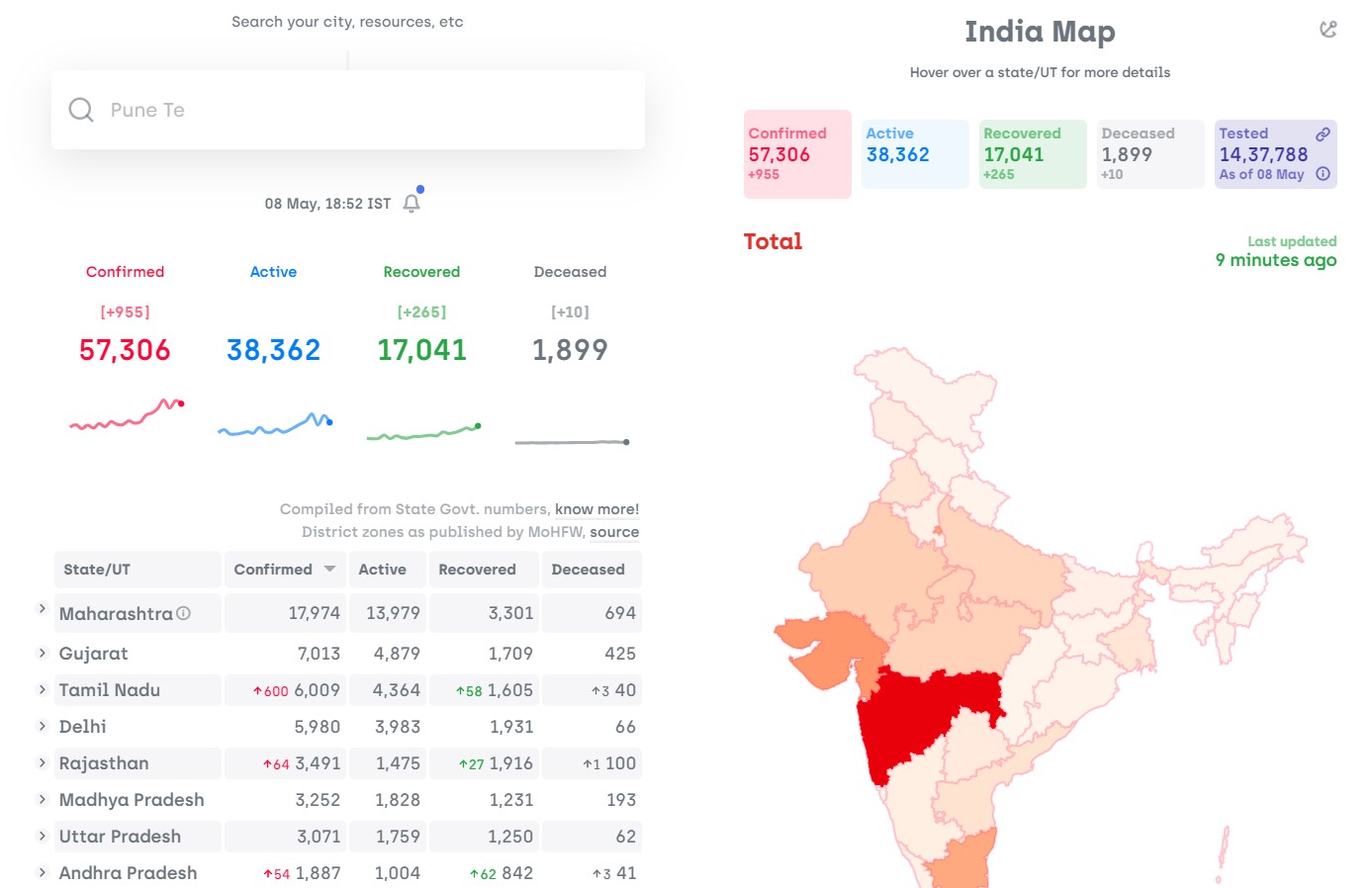 These figures are based on information from covid19india.org and the state government. According to the Union Ministry of Health, a total of 56,342 people are infected in the country. 37 thousand 916 people are undergoing treatment. 16 thousand 539 people have recovered, while 1886 patients have died.

Press conference of the Ministry of Health

Madhya Pradesh, infected: 3252– 114 crore infected were found in the state on Thursday. 47 patients in Bhopal and 18 in Indore were reported positive. This is the highest number of infected people in Bhopal in a single day. The disease killed seven people in the state on Wednesday.
Uttar Pradesh, Infected: 3071- Here on Thursday, 73 patients reported positive. Of which 1881 patients were undergoing treatment. The death toll from the corona in the state had risen to 62. At the same time, the state government decided on March 25 to reverse the ban on pan masala.
Rajasthan, infected: 3427- 110 new cases of infection were reported in Rajasthan on Thursday. Of these, 22 were found in Jodhpur, 16 in Chittorgarh, 13 in Jaipur, 6 in Pali, 05 in Ajmer, 04 in Ghaulpur, 02 in Kota, one each in Pali, Sirohi and Udaipur. Bihar, Infected: 550- There were 8 new cases of infection here on Thursday. In Sasaram, a 56-year-old woman and a 70-year-old man reported positive corona. On the other hand, a 30-year-old man in Aurangabad and a 32-year-old man in Jehanabad were found infected.
Maharashtra, Infected: 17974– 1216 cases of infection were reported here in 24 hours. There were 5,194 coro patients in Mumbai on April 26, but their number had increased to 10,527 in the last 10 days.

Delhi, Infected: 5980- There were 448 cases of infection here on Thursday. The death toll has risen to 66 with the death of one patient. The rate of doubling the number of infections here is 11 days. At the same time, the Delhi government has announced financial assistance of Rs 1 crore to the family of police constable Amit Kumar, who died in Kovid. Amit died on Tuesday.