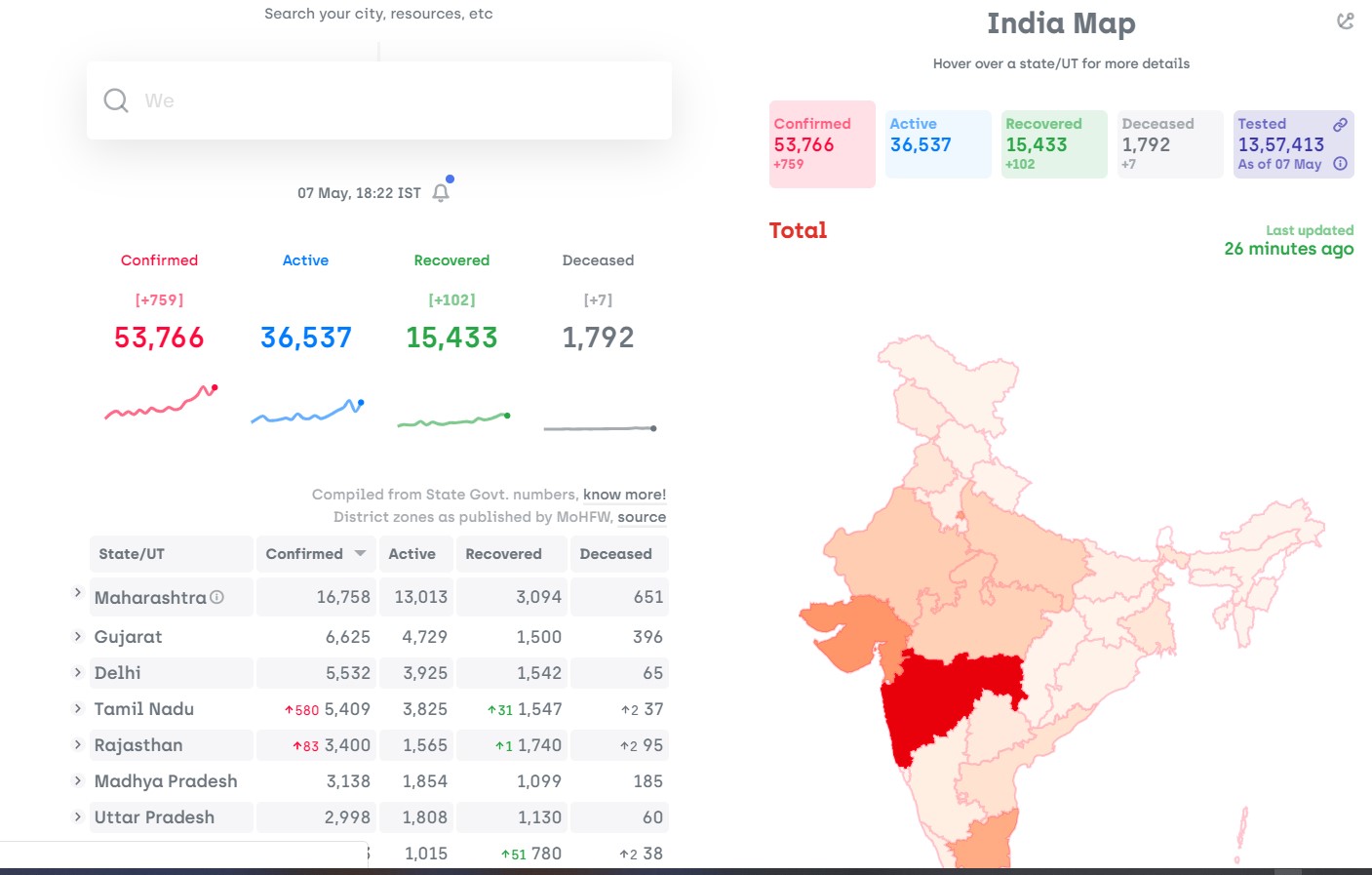 The number of corona infections in the country has risen to 53,176 and 1,790 people have died. So far 15,331 people have recovered in the country. Home Secretary Ajay Bhalla on Wednesday wrote a letter to West Bengal Chief Secretary Rajiv Sinha. “Testing is declining and the death rate is rising in proportion to the state’s population,” it said. Random testing is required on a congested area. Transition monitoring and testing are all minimal. The letter further said, “Lockdowns were violated at several other places in Kolkata and Howrah. Corona Warriors were also attacked. Strict adherence to lockdown is essential. “

On the other hand, CM Mamata Banerjee said, “We have surveyed 5.5 crore people in one month.” At the same time, 1233 new cases of infection were reported in Maharashtra on Wednesday while 34 people died due to the infection. The state has lost 651 lives so far.