Corona’s transition isn’t taking the name of controlling. According to the figures released by the municipality and the district administration, the number of positives has risen to 13,663 with 284 more cases. This includes 10,976 cases in the city and 2687 in the district. The death toll has risen to 597 with 11 deaths today. This includes 489 deaths in the city and 108 in the district. Today, a total of 169 patients from the city and 60 from the district have gone home with corona. So the number of people recovered is 9365. Including 1809 people from the district. In a message issued here today, the municipal commissioner said that while the number of adults in the Athwa zone is high, the people infected in the area are more likely to stay at home. At present, 3701 patients are admitted in various hospitals under treatment in the city. 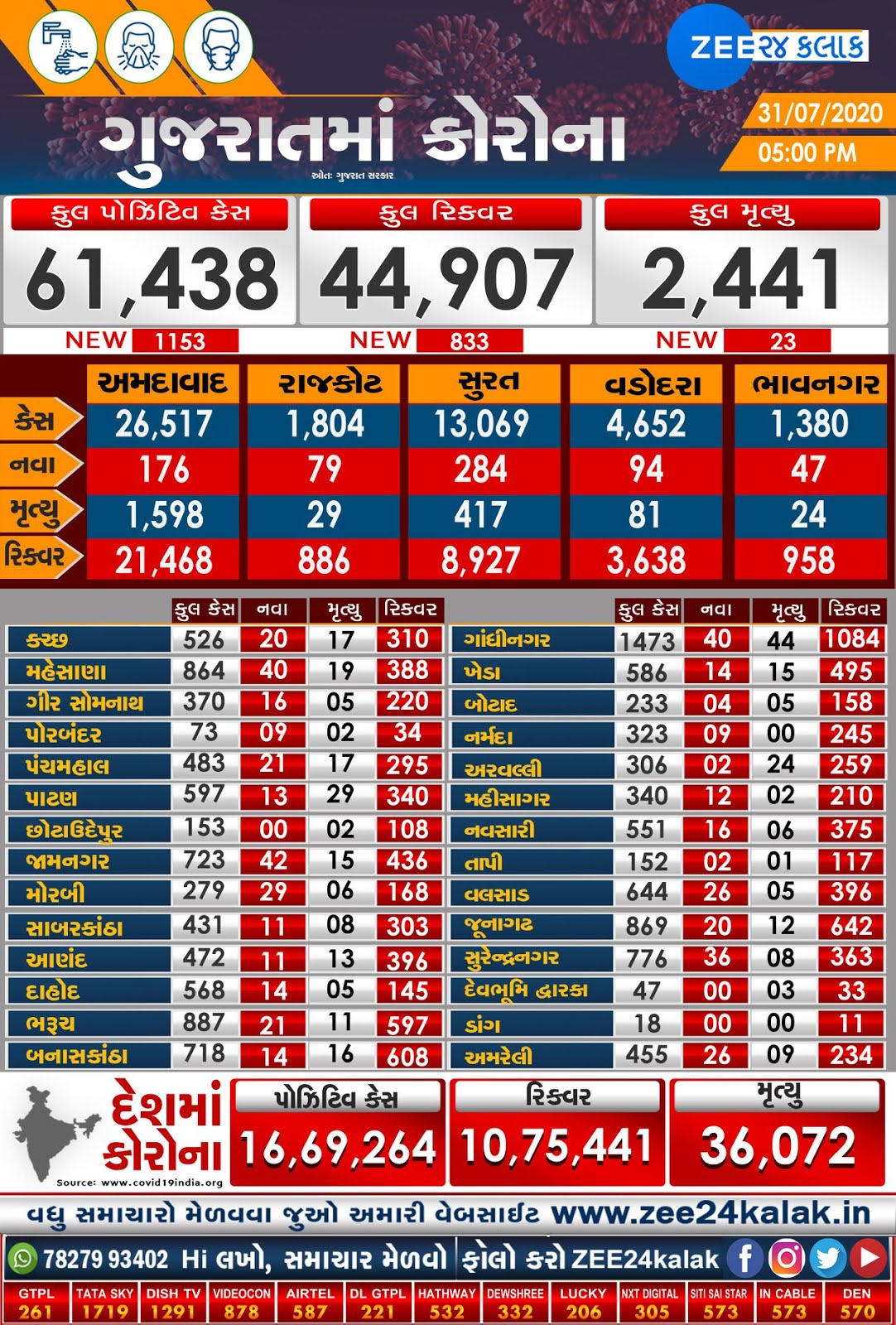 Corona’s rage in the state is still there. A further 1153 new cases have been reported in the last 24 hours. While 23 more patients have died from corona. The total number of corona positive cases in the state has crossed 61 thousand and the death toll has reached 2441. Today a further 833 patients have recovered. With this so far a total of 44907 patients have undergone corona.

According to the health department, 23 more patients died today due to Kovid-19. Of these, 7 died in Surat Corporation, 4 in Ahmedabad Corporation, 4 in Surat, 2 in Rajkot, 2 in Vadodara Corporation, one each in Junagadh, Kheda, Mehsana and Vadodara. So far 2441 people have died due to corona virus in the state.

There are currently 14090 active cases in the state, of which 81 are on ventilators and 14009 patients are stable, while so far a total of 44907 patients have been discharged after treatment. A total of 7,64,777 tests have been conducted in Gujarat so far. The current recovery rate in the state is 73.09 per cent.