Corona transition is getting darker day by day. Cases are increasing instead of decreasing. A total of 3095 cases of corona have been reported so far, according to figures released by the municipality and the district. Out of which a total of 882 patients are currently undergoing treatment at Surat’s new civil hospital, private hospital and at home. While 118 people have lost their lives due to Corona. So far, a total of 2,095 patients have recovered and reached home with a recovery rate of around 68 per cent. But the concern of the system has increased as the manager is becoming a super spreader from a diamond factory in the Katargam area which has become a new hot spot. 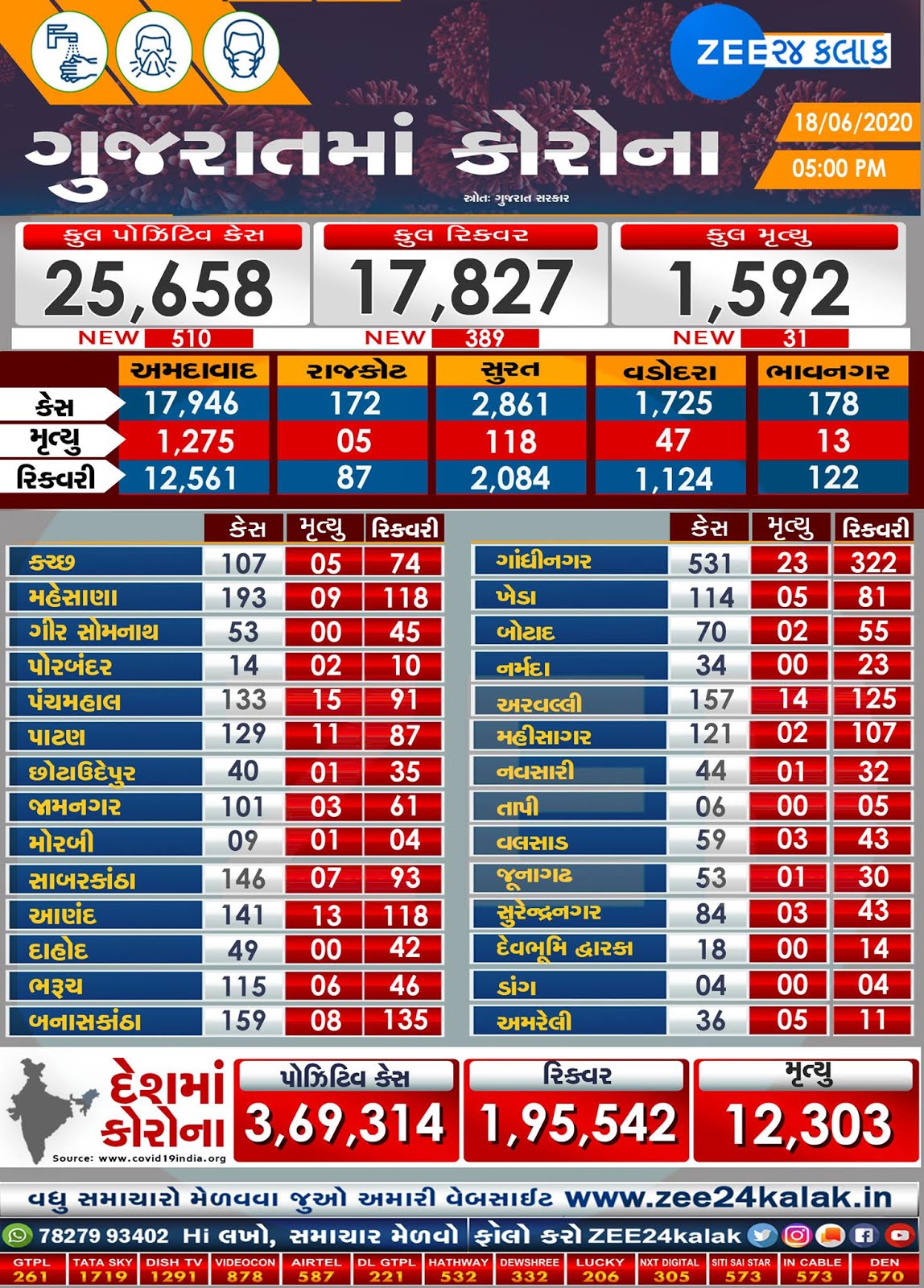 The manager at the diamond factory became a super spreader
There are 29 cases in Katargam area. Stating that most of them are people working in diamond factories, Commissioner Banchhanidhi Pani said that the transition was taking place through them as the diamond manager was transacting diamond packets. So this packet should be sanitized in the diamond unit. People in his house were also found to be infected when the diamond worker went to his house. So that hands should be constantly sanitized while working. The commissioner further added that it is necessary to constantly wear a mask and sanitize the hands when carrying them over the mouth.

The market may close
Corona cases have come up the most from the diamond industry over the past week. At the present stage, people who sit outside the diamond market without work and do not maintain social distance are being held responsible. Regarding the meeting with the municipal officials, Babu Kathiria, president of the Surat Diamond Association, said that despite persuasion by the association, many people come and sit in the market without work. According to the officials of the municipality, if the case continues to escalate, the market may close. It has been suggested to stop people sitting outside the market so that the market does not have to be closed and to make arrangements to work in the office-factory only with limited number of people at present.

Infected L&T employee and private company manager
The report of an employee living in Athwa Zone Vista and working in an L&T company came positive on Wednesday. As well as managers of private companies living in the Katargam area have also been infected.

The state has reported 510 new cases of corona in the last 24 hours while 31 patients have died and 389 patients have recovered. So far a total of 25,658 cases have been reported and the death toll has risen to 1,592.