Ayodhya, the birthplace of Shri Ram, will celebrate the first Diwali after the Supreme Court judgment for construction of a temple at the Ram Janmabhoomi site. A grand bhumi pujan was held on 5th August this year to lay the foundation stone of the construction of the holy Ram Mandir temple. And that is what Prime Minister Narendra Modi did. 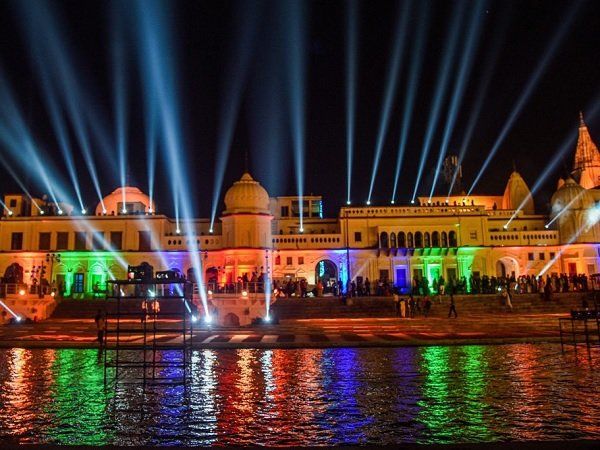 The city of Ayodhya was looking forward to its historic Diwali celebrations this year, lit on the banks of the holy river Saryu on Friday with 84, 5727 lakh earthen lamps. Reports suggest that this is the Guinness Book of World Records for the “largest display of oil lamps”. And added splendor to a charming laser show event. 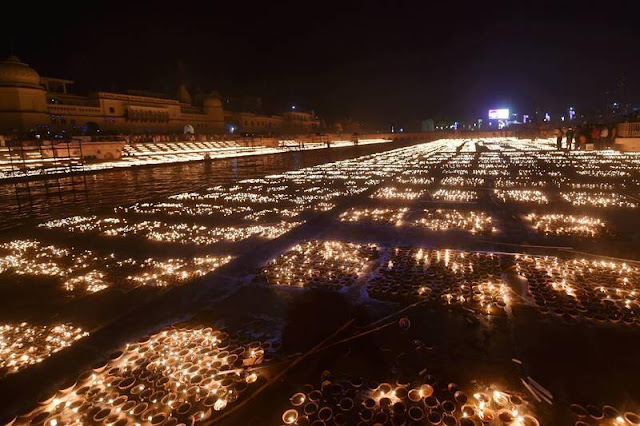 The city featured not just one but 11 tables with various chapters of Ramcharitamanas and a grand show of Ram Lalla and the court of Ramayana. 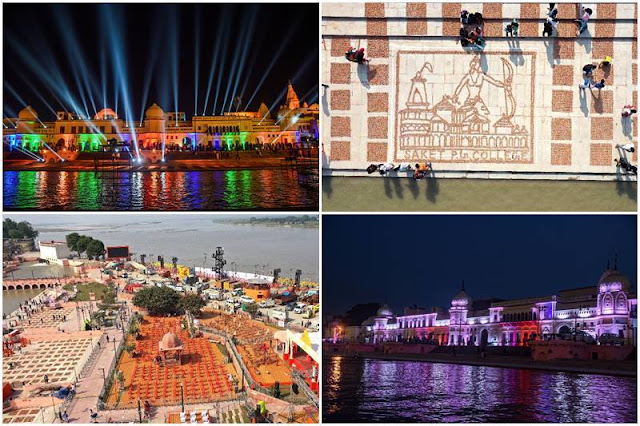 Dressed artists like Lord Rama, Goddess Sita and Lakshman also took part in the event and before the ‘Dipotsav’ celebrations, the iconic rendering of Ramayana was on display at Ram Katha Park. “With these statues, our goal is to create an encyclopedia of various events of Ramayana,” ANI quoted Yashwant Singh Rathore, secretary of UP’s state fine arts academy, as saying. 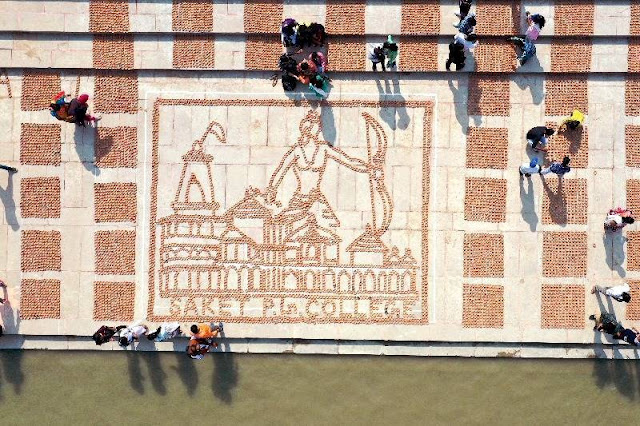 Diwali, Diwali, traditionally known as Deepavali (Deep + Avali = a row of lights), is associated with the return of Shri Ram to Ayodhya after a break of fourteen years. For the arrival of Shri Ram, his godmother Sita and brother Lakshmana, the people of Annadhyana were waiting to breathe, they welcomed him by lighting earthen lamps. And since it was the date of the new moon or the night of the new moon, the lights illuminated the whole state. Since then, the tradition of lighting lamps on the day of Diwali has continued. 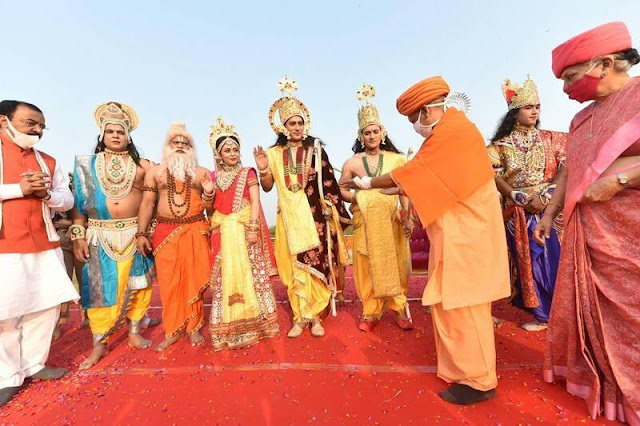 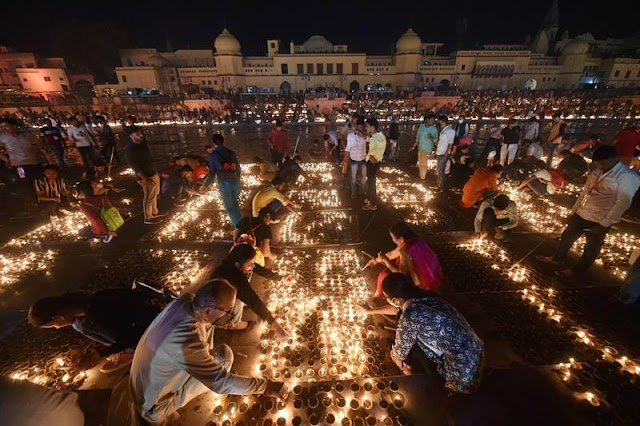 At the same time, after a long delay of 492 years, the occasion came when a lamp was lit in the forecourt of Ram Janmabhoomi. On this occasion, CM Yogi said that Prime Minister Modi has made possible the construction of Shri Ram Mandir even during the epidemic. We are grateful to him for fulfilling the dream of Ram temple in Ayodhya. CM Yogi Adityanath said, for many generations everyone had the same wish that if they had seen the construction work of the magnificent temple of Lord Rama with their own eyes, our birth and life would have been blessed. This work has been successful because of Prime Minister Narendra Modi.” 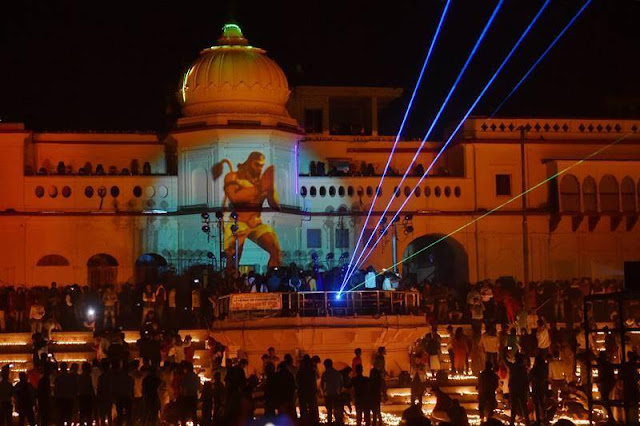 7.51 lakh lamps to be lit in next Dipotsav Ayodhya: CM Yogi

CM Yogi Adityanath said he thanked Prime Minister Narendra Modi on behalf of the people of the region and all devotees. With his inspiration, his guidance, his strategy, the country and the world are witnessing the fulfillment of five centuries of resolve. The Chief Minister said, “We have not only made Ram Ki Padi clean and tidy, but also expanded its area.” 5.51 lakh lamps have been lit this year. This number is expected to reach 7.51 lakh next year. 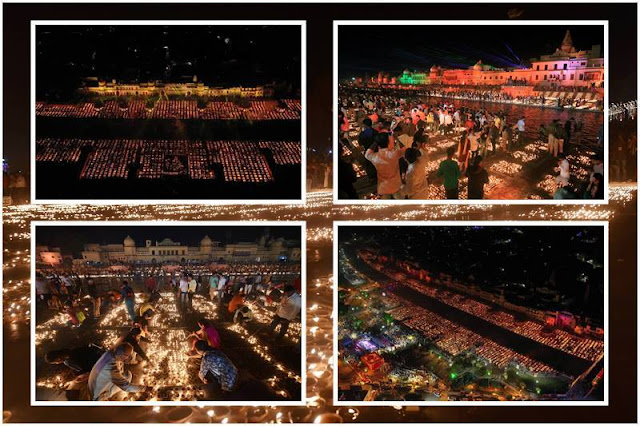 CM Yogi Adityanath said that no one can stop the country from becoming a world power when the leadership of the country is in successful hands. So India succeeds in realizing its power in front of the world. People have faith in Prime Minister Modi. Earlier, Shri Ram, Mata Sita and Lakshmanji reached Ramakatha Park on a chariot. Chief Minister Yogi Adityanath crowned Shri Ram at Ram Katha Park Manch. Governor Anandiben Patel, Chief Minister and other dignitaries sent Aarti of Lord Rama, Mother Sita and Lakshmanji.