Announcement By Bhupendrsinh  chudasama about opening schools in gujarat

Schools and colleges in the state will remain closed till August 15. Schools will not be forced to pay fees till September.

Education Minister Bhupendrasinh Chudasama has announced to close schools and colleges in Gujarat till August 15. Following the official announcement by the state government, educational institutions will no longer be open till the Independence Day. Also important was the announcement that schools would not be forced to pay fees until September. 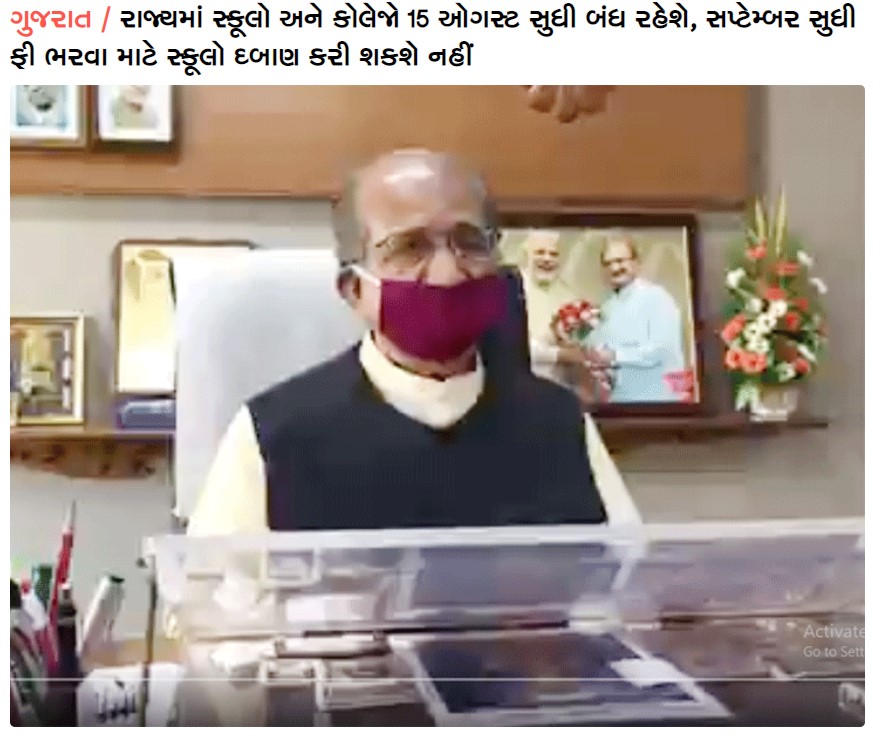 It will work even if the monthly fee is paid

Education Minister Bhupendrasinh Chudasama had announced that no school could increase fees this year. It will also work if you pay a monthly fee instead of a quarterly fee. Monthly fees can be paid instead of tuition fees and school fees.

The government will focus on private schools in terms of fees
Schools will not be able to force students to pay fees until September. In this case, the state education department will pay special attention to private schools.

The Rupani government has taken a number of important decisions to relieve parents in the Koro epidemic. Education Minister Bhupendrasinh Chudasama told a press conference that schools could not force parents to pay fees. The government has instructed schools to give three months relief. School administrators will not be able to force them to pay quarterly fees. Monthly fees may be paid instead of quarterly. 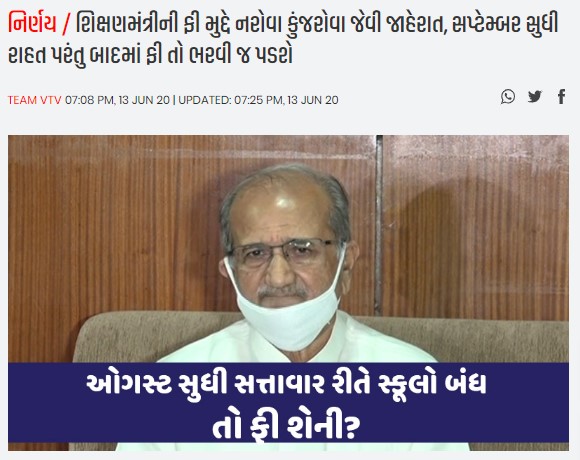 Bhupendrasinh Chudasama said that no increase will be made in the current year’s fee. State schools will remain closed until August 15. School administrators will not be able to force them to pay quarterly fees. At the same time, Chudasama said that the state government has instructed the schools to give three months relief to the parents. At the same time, the state government has made it clear that no school can force parents to pay fees. Schools will not be forced to take textbooks and stationery from the school itself.

The state government has decided to give relief on the fee issue but has not taken any decision on fee waiver. The education minister said there would be no increase in fees for the current year. Which is the first relief for the guardians of the state. If the guardian cannot pay the fee, it will work if the guardian pays the monthly fee instead of the quarterly fee. If the guardian cannot pay the fee, he can pay in September. The school cannot force him to charge any fees. Action will be taken if we receive such information. Money cannot be borrowed for transportation, uniforms, books.

Bhupendrasinh Chudasama has favored schools. The government seems to be lax in its policy towards private schools regarding fees. Even though the school is closed till September, these three months fee has to be paid. The parents demanded that the closed school fees be waived. So Education Minister Bhupendrasinh Chudasama reiterated that the government has helped the guardians by not increasing the fees.