Learn these 5 types of treatment in Ayurveda

In today’s fast-paced age, thousands of second-hand moving devices have been invented, while the development story of Ayurveda as a slow-acting treatment in medical science is also moving forward. One of the reasons for this is the “Holistic Approach” of Ayurveda treatment. Born and raised on the land of India, this method of treatment has seen many ups and downs in its thousands of years of life. 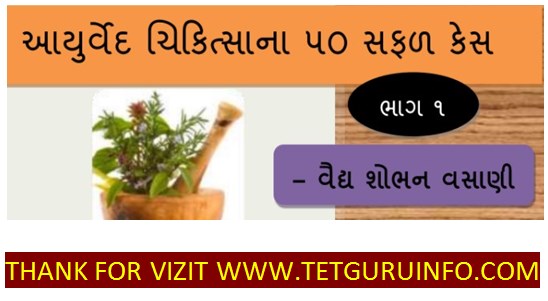 Ayurveda has been a method of treatment since ancient times, which was born in India. The word Ayurveda has two words Ayu and Veda. In which age means – life and Veda means – science. Thus, Ayurveda is the science of living life.

The main goal of Ayurveda is to keep the healed person healthy, then to remove the disease of the sick man is another important goal. For this, Ayurveda has given guidance on various medicines, methods of treatment and diet.

The origins of Ayurveda lie in the ancient Vedas – Rigveda, Samaveda, Yajurveda and Atharvaveda. Ayurveda is connected not only with physical but also with mental and spiritual matters.

Panchkarma is a special type of Ayurvedic treatment. Usually in any disease we take medicines, from which the waste that causes the disease is gradually reduced in the body. When Panchkarma treatment, the waste is expelled from the body at once. Just as washing the dirty clothes removes the stains and impurities in it, so the cleansing of the body from Panchkarma removes the waste inside the body. According to Ayurveda, air-bile-phlegm is one of the main causes of the disease, all three of which are called faults. The main place of these defects is the part which is called Roop, from that part the defect is removed by Panchkarma.

Apart from these, some other procedures are also done along with these procedures which are known in Ayurveda as lubrication and sweating. This includes a variety of massage and shake procedures. Often this massage and shake is done as the same main treatment.
A side question you may have is whether diarrhea or vomiting can cure the disease? The answer is to understand how the treatment of Panchkarma works.

What is the benefit of doing Panchkarma?

Panchkarma is said to cleanse the three doshas (vata-pitta-kapha) shown in Ayurveda. And it can be balanced with Panchkarma. Thus, Panchkarma is important for healing and healing.

GET PDF FILE FROM HERE

In addition, Punchkarma removes toxins from the body, increases strength, boosts the immune system, improves the working power of the digestive system. Panchkarma also has positive effects on the mind and mental prices.